Each of our rooms are named after distinguished Cantabrians, and many are from the same era as The Classic Villa. They are all connected to either the Arts Centre (the former site of Canterbury University) located across the road from the Villa, or from the world famous Canterbury Museum steps away at the end of Worcester Boulevard.

Our eight Heritage guest rooms are in the original Victorian villa and have been lovingly restored with ornate ceilings, polished timber floors and Kauri doors. Enjoy the ambience of yesteryear with all the contemporary comforts, including: 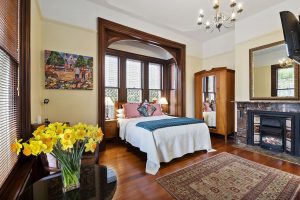 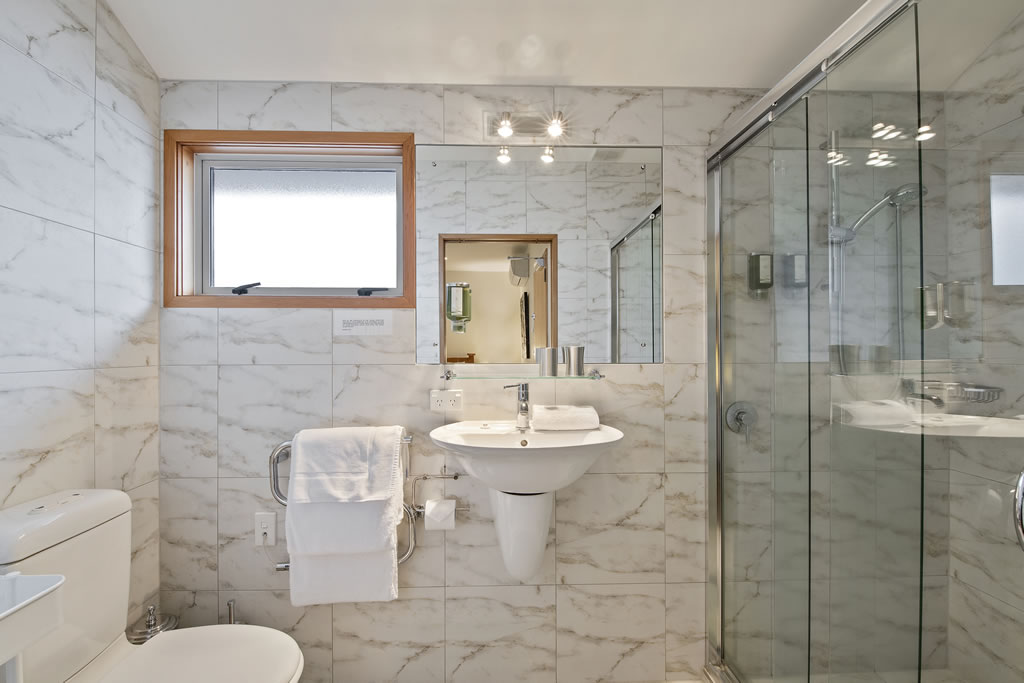 All of our rooms have an in-room safe. Our Super Deluxe Suite has two TVs.

Included in our rates is a delicious Continental style breakfast, and complimentary Tea, Coffee & non-alcoholic beverages are available.

Our Super Deluxe Suite has a separate lounge area & bathroom areas where meetings can be held for up to eight guests. Complimentary free High Speed WiFi (Wi-Fi) and broadband Internet Access plus many other extras. 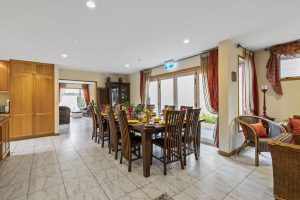 Browse our available suites and rooms below. Check our room rates before making a booking. 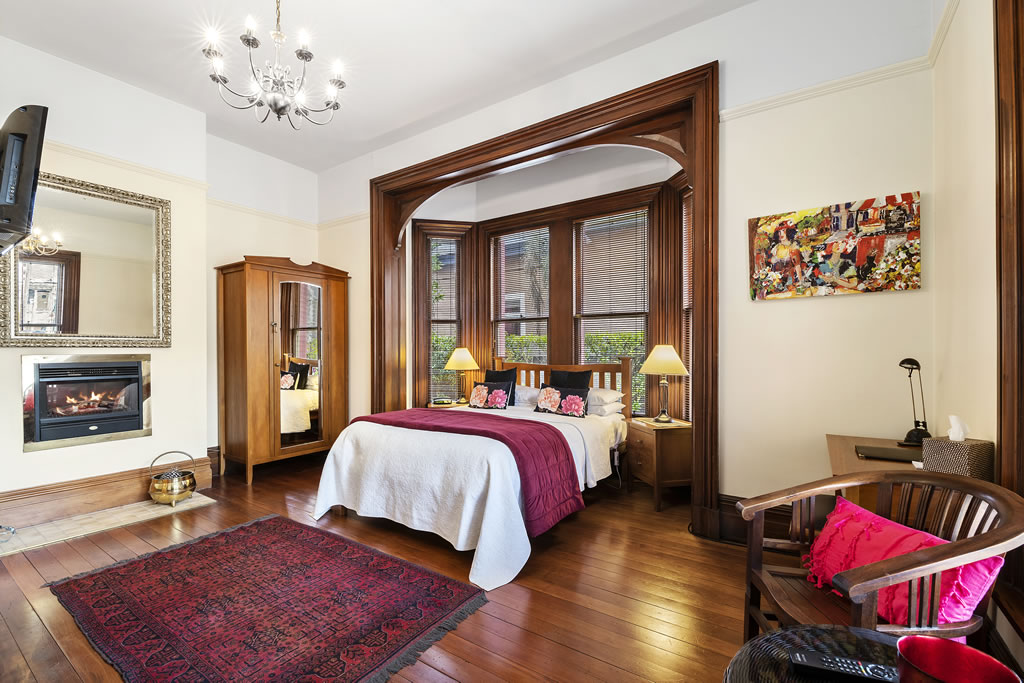 Nobel prize-winning scientist, Lord Ernest Rutherford, known world-wide as ‘The Father of the Atom’, completed his undergraduate degree at Canterbury College. While a student, he carried out much of his own research into the high frequency magnetization of iron, in a basement den in the Clock Tower Building. In 1895, he was accepted to Cambridge University’s Cavendish Laboratory where he turned to the study of radioactivity and named the two distinct rays emitted from radioactive materials – alpha and beta particles. In 1900, he returned to Christchurch to marry his fiancé Mary Newton and together they travelled to Canada where Rutherford worked at McGill University in Montreal. It was here that he undertook the research that would win him the Nobel Prize in 1908.
Source: http://www.artscentre.org.nz/heritage—history.html 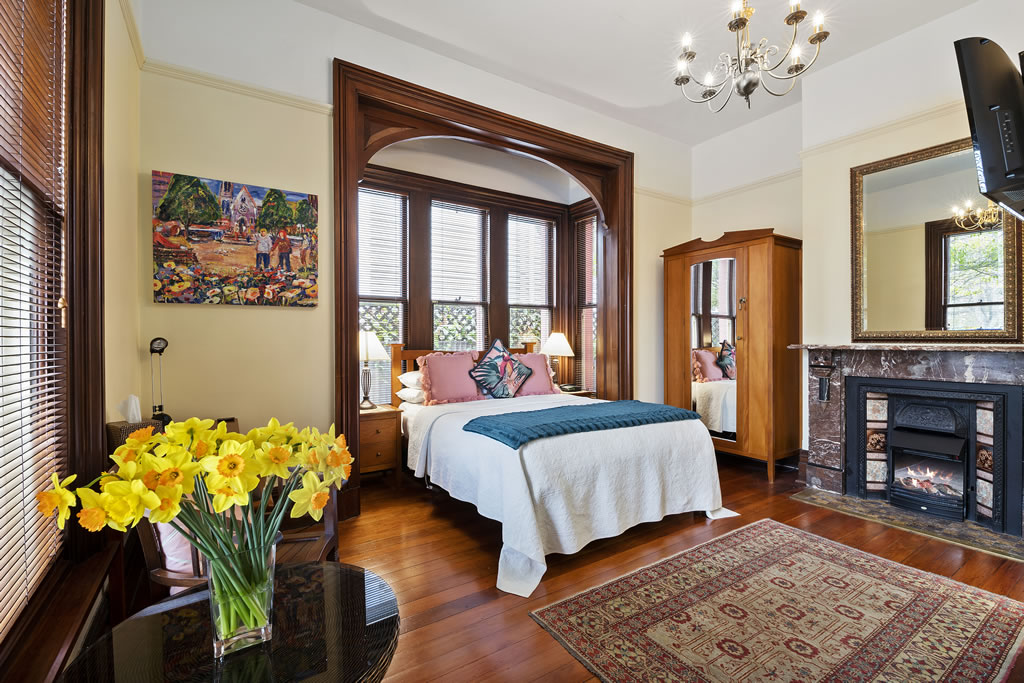 In 1874 Professor Alexander Bickerton became the first professor of Chemistry at Canterbury College. He was acknowledged as a brilliant teacher, remaining in this role until 1902. Ernest Rutherford was his most famous pupil. Professor Bickerton was a somewhat unconventional figure in early Christchurch.
He built a large house called ‘Wainoni’ with the aim of establishing a new form of society. This was unsuccessful, so he turned the property into a garden where thousands came to watch performances, including naval battles with real explosives, shipwrecks and rescues staged on an artificial lake.
Professor Bickerton’s controversial views on many topics including university reform and the institution of marriage finally led to him being sacked from the University. He returned to England in 1910 and died in 1929. The year before his death he was made Professor Emeritus of Canterbury College. 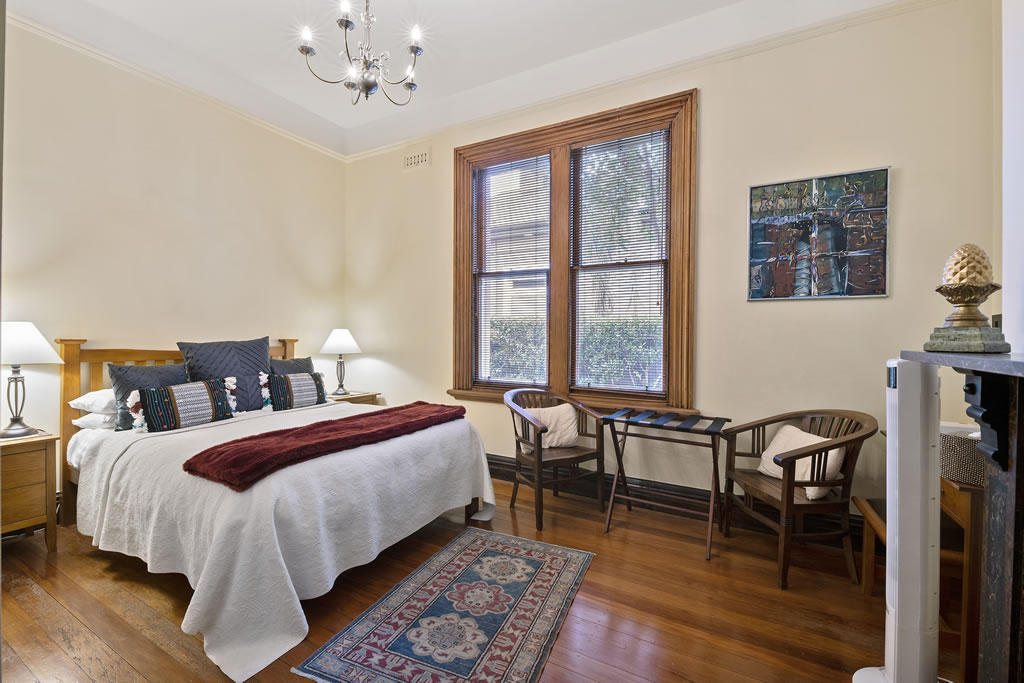 Kate Sheppard is recognised as the leader of the fight to win the right for New Zealand women to vote. Kate Sheppard was born in Liverpool in 1847, and came to Christchurch in 1869 with her mother, two brothers and a sister. She and other pioneering women campaigned so effectively that in 1893 New Zealand became the first nation in the world to grant the vote to all women over 21. She is recognised on New Zealand’s $10 note. Kate Sheppard is buried at Addington cemetery with her mother, a brother and a sister. The Christchurch Times reported her death in simple appreciation: “A great woman has gone, whose name will remain an inspiration to the daughters of New Zealand while our history endures.” Kate was also involved in the Women’s Christian Temperance Union, founded the National Council of Women, established the first women owned newspaper in the country and was a pioneering cyclist. 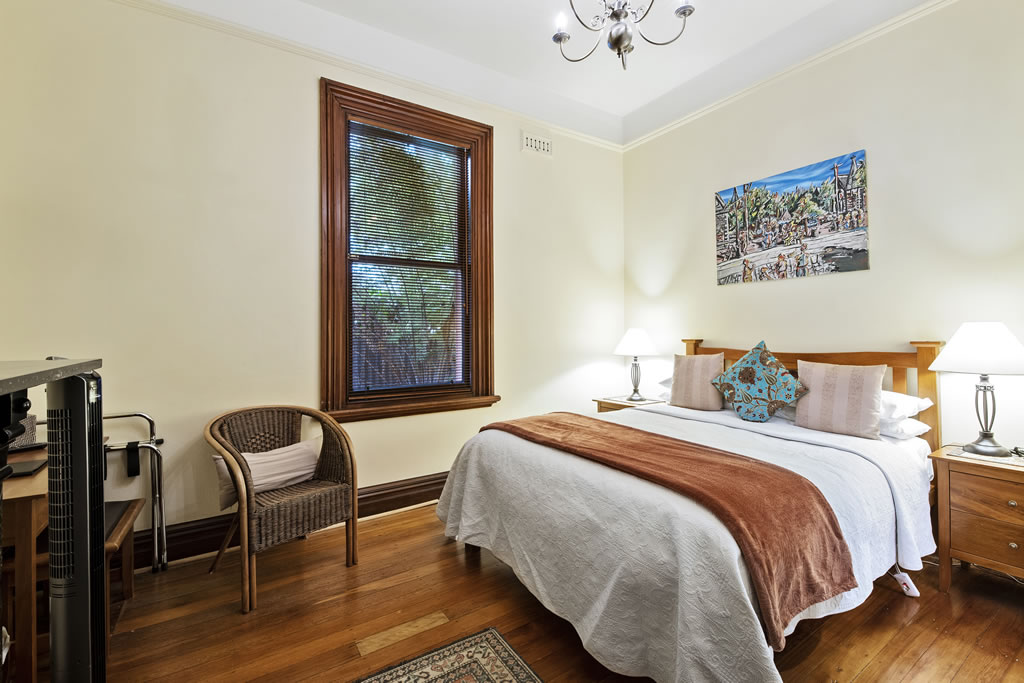 Julius von Haast was Canterbury’s provincial geologist from 1861 to 1868. He was also the first director of the Canterbury Museum, starting the museum from his collections. His cheerful personality and world renowned reputation as a geologist was too good to be ignored and he was later appointed Chair of Geology at Canterbury College in 1876 while carrying on his work at the Museum. 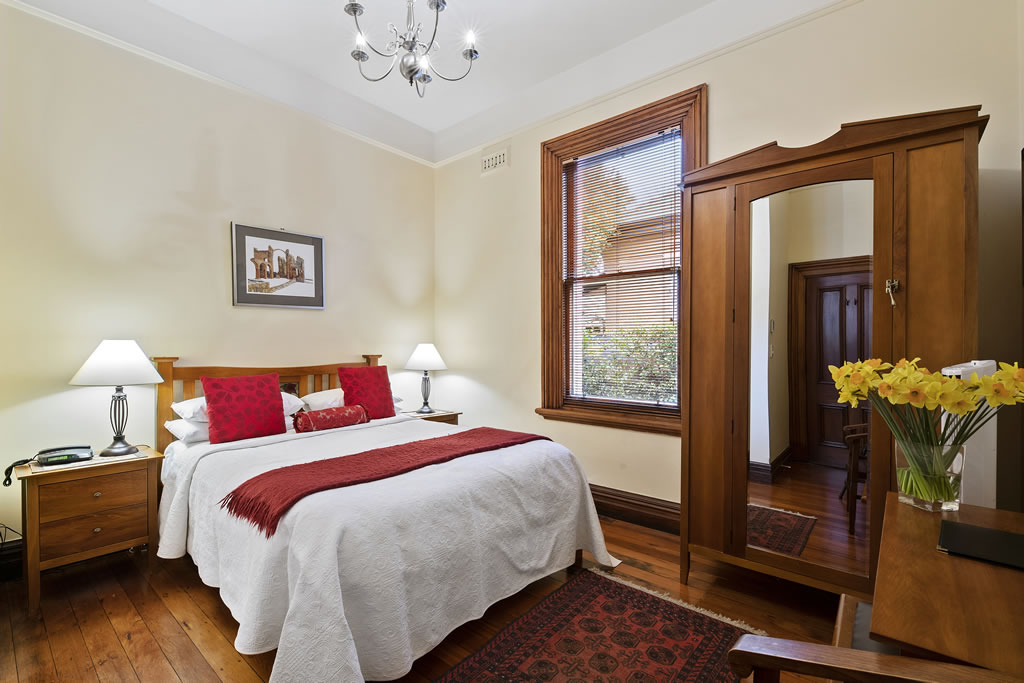 John Macmillan Brown was one of New Zealand’s great educational pioneers. In 1874, he was selected as professor of English and Classics at Canterbury College, one of three foundation chairs. Five years later the duties of this double chair were rearranged and he taught English history and English literature until 1895, when he resigned on account of ill health. His commanding personality contributed to his reputation as one of the most outstanding university teachers in New Zealand before 1900. He was also one of the first practical pioneers in Australasia of higher education for women. . Upon retiring in 1895, John became a member and chancellor of the senate of the University of New Zealand where he devoted himself to Pacific studies. 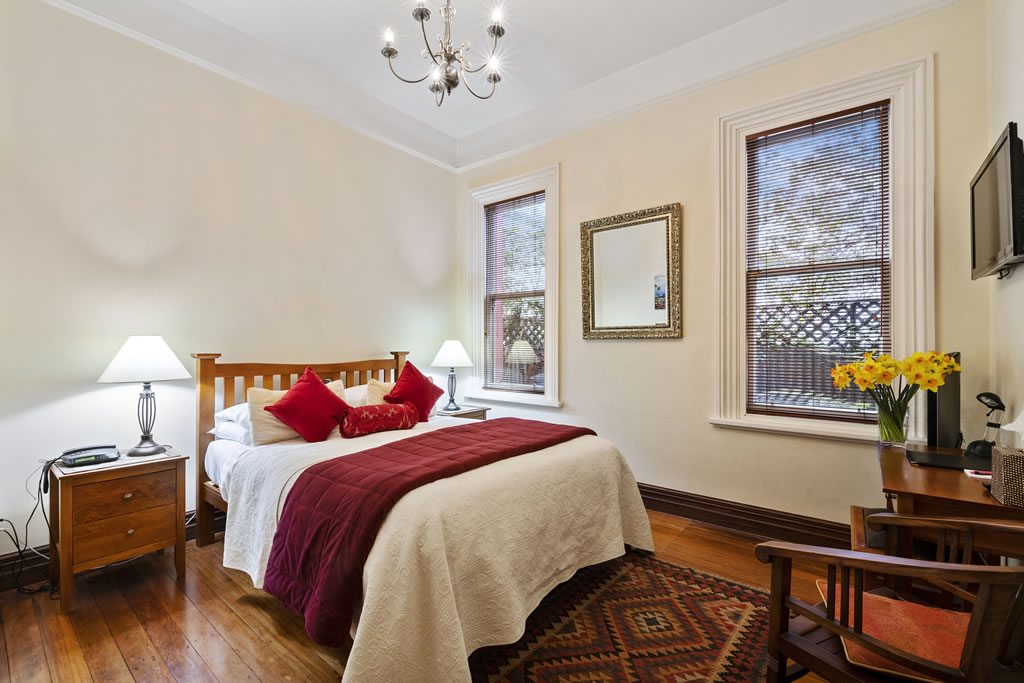 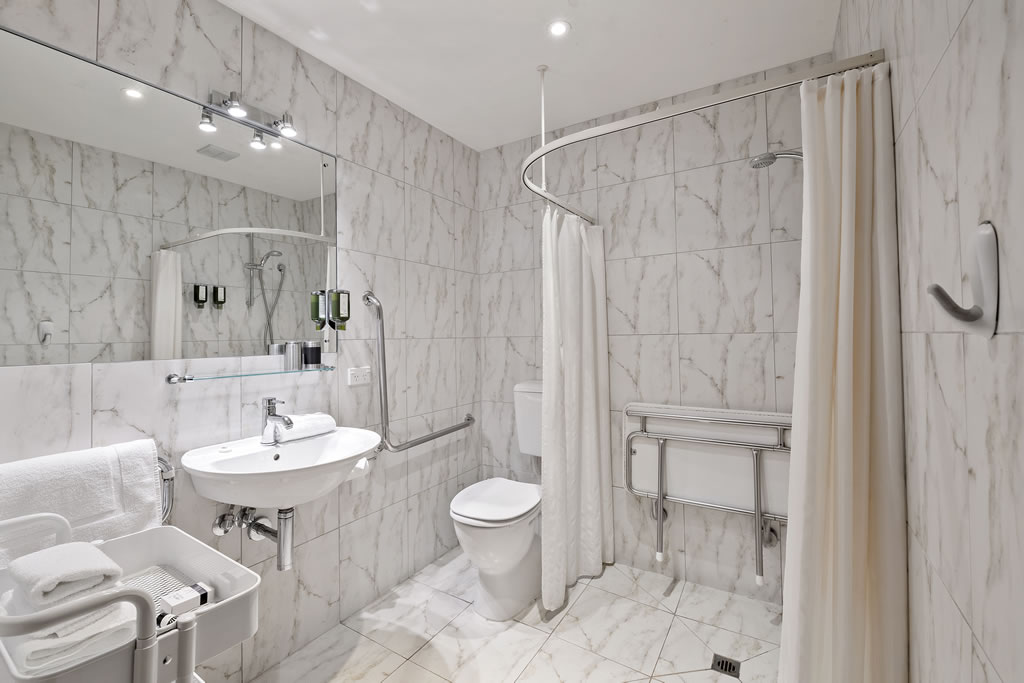 Famous tennis player, Frederick Antony Wilding spent six months at Canterbury College and was an untraditional student who spent more hours on the tennis lawn or football field than in the lecture room. He was Wimbledon’s singles champion for four consecutive years (1910-13), and was an active member of the Australasian Davis Cup teams of 1907, 1909 and 1914. He was killed in battle during World War I at Ypres, 1915. 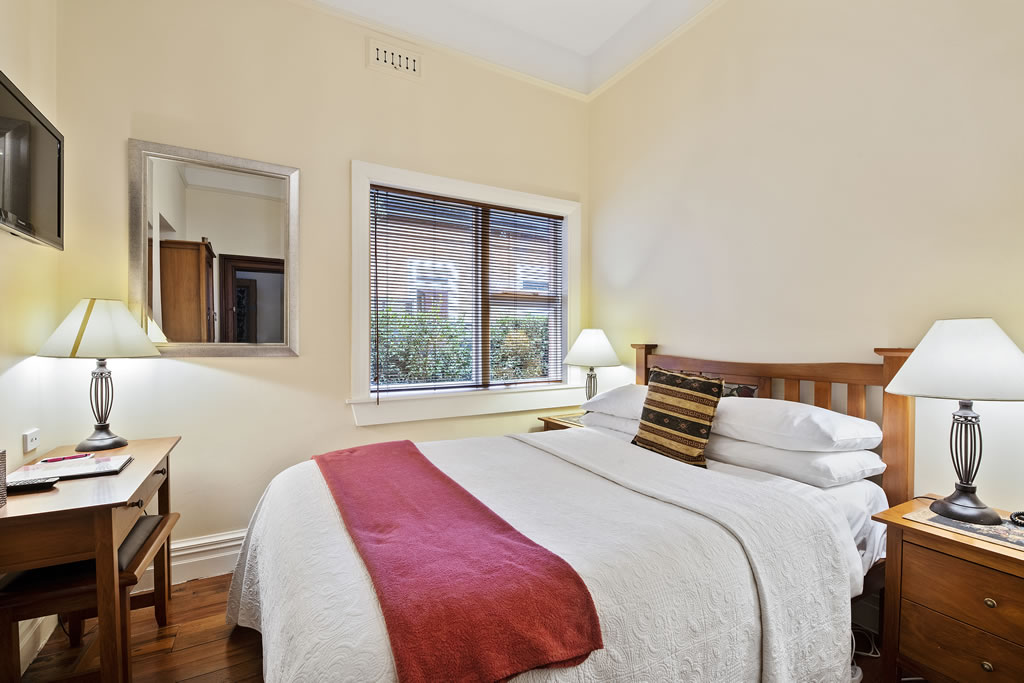 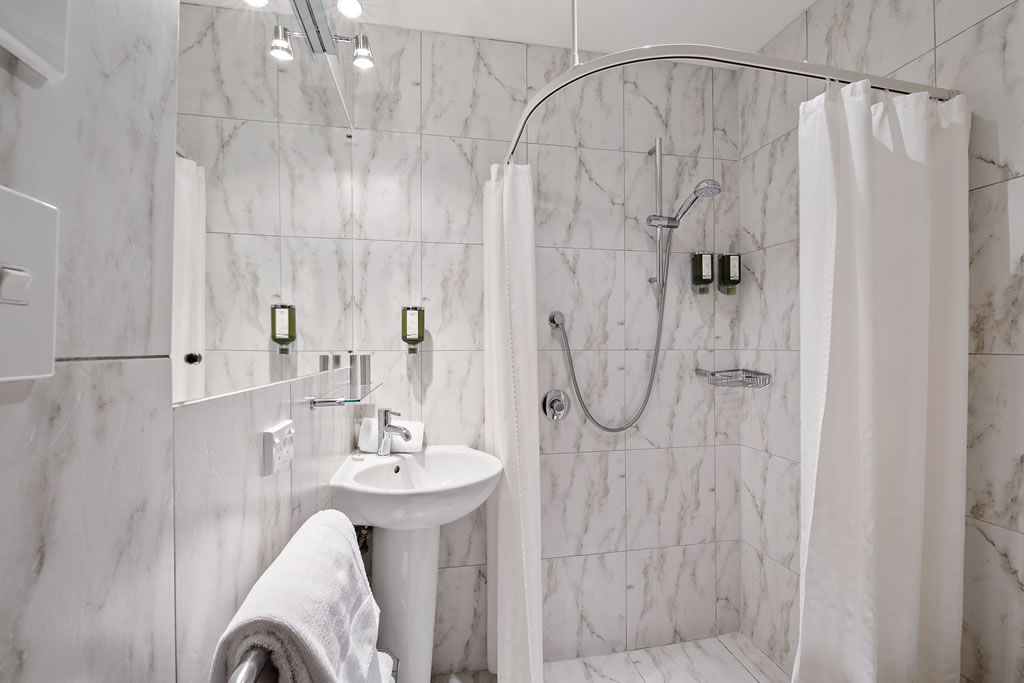 Acclaimed mystery writer Dame Ngaio Marsh first studied at the College’s School of Art while still a schoolgirl and in 1919 she graduated with an arts degree. She then joined a touring theatre company and travelled to England to pursue her theatrical studies. Marsh returned to Christchurch when her mother became terminally ill and by the end of the 1930s she had published seven more novels (her first was written in England) and had become an international celebrity. Marsh’s association with the University continued in her later years as drama lecturer and producer for the Drama Society’s Little Theatre. The theatre seated just over 200 people. It not only taught skills to student actors who looked to a future on the stage, it was also an important social centre and its use of up-to-date technology was exciting for early audiences. In 1967, the University of Canterbury named the theatre at its new Ilam campus after her. 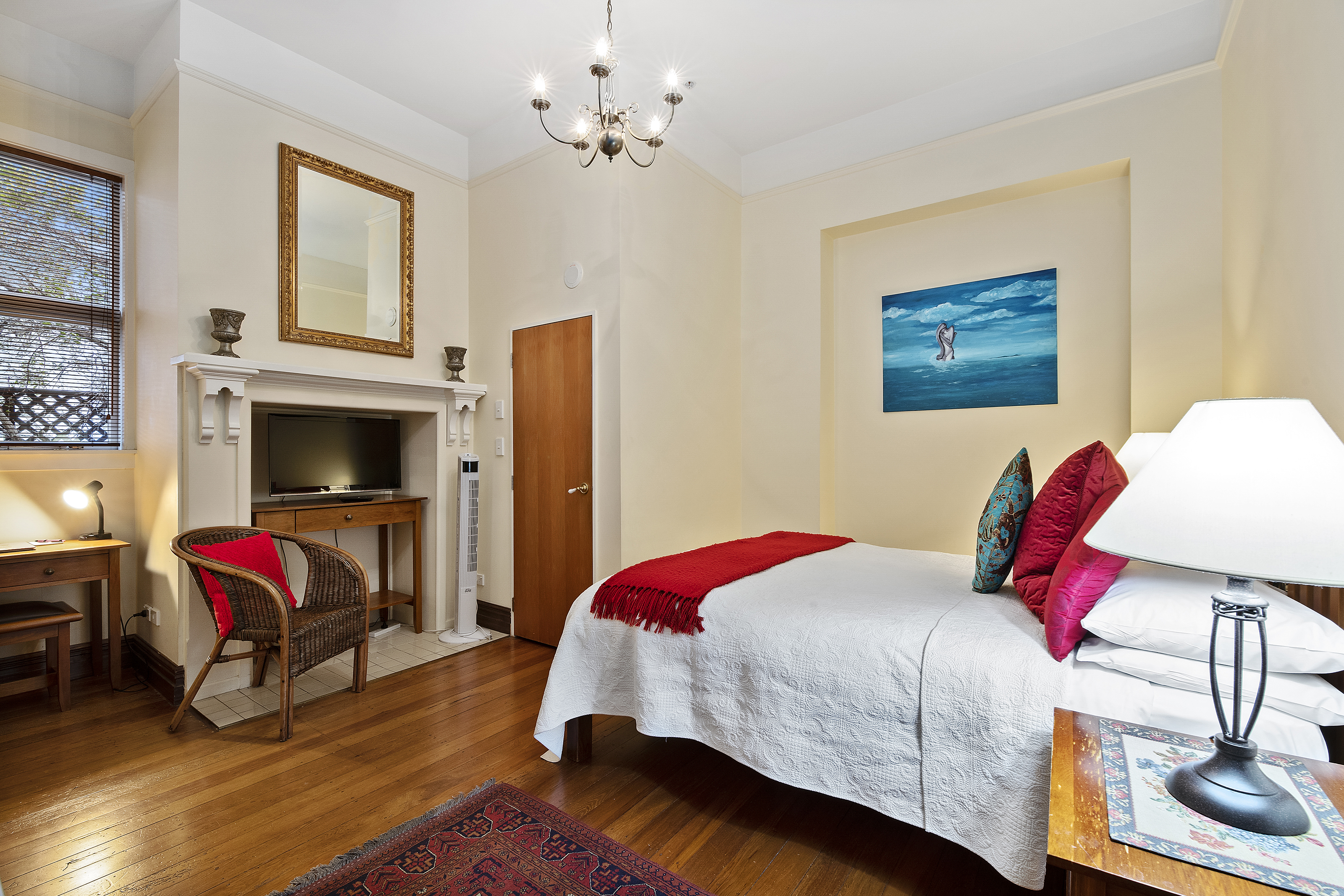 Karl Popper arrived in Christchurch in 1937, having previously been awarded a PhD from the University of Vienna. From 1937 to 1945, he taught philosophy at Canterbury College, stressing the need for research as well as teaching to be performed within a university. During his time at the College he also wrote and published The Open Society and its Enemies, comparing democracies founded on rational debate with authoritarian government. He then went on to a position at the London School of Economics, and became a sought-after lecturer and speaker, attending conferences and debates around the world. He was knighted in 1965. Today, Sir Karl Popper is widely regarded as one of the greatest philosophers of the twentieth century science.

Our four contemporary guest rooms are situated in the modern extension to the villa. 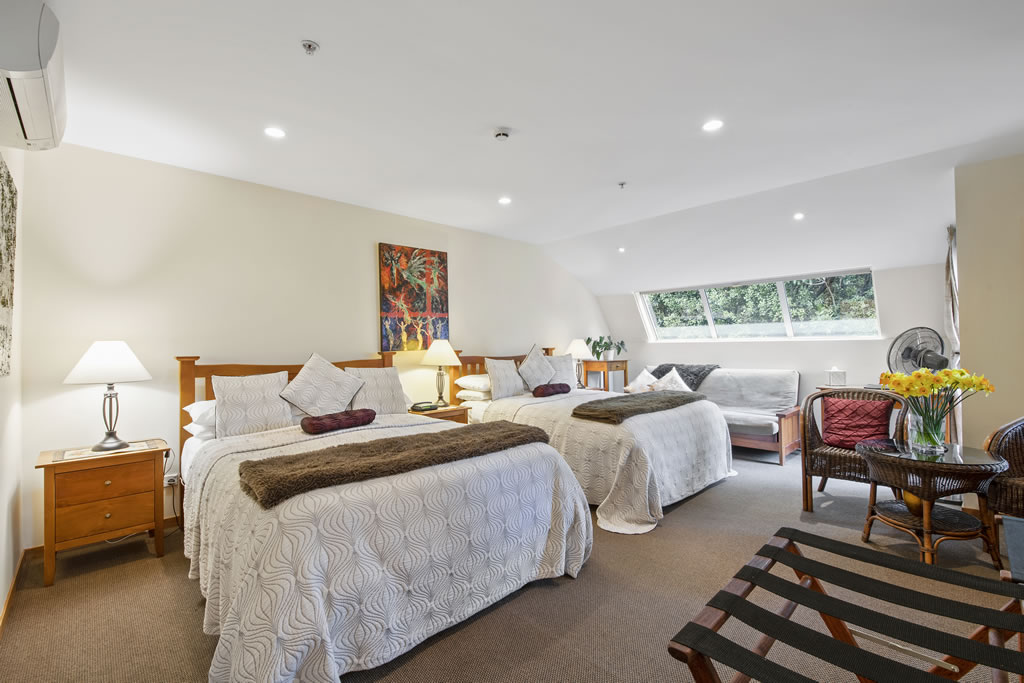 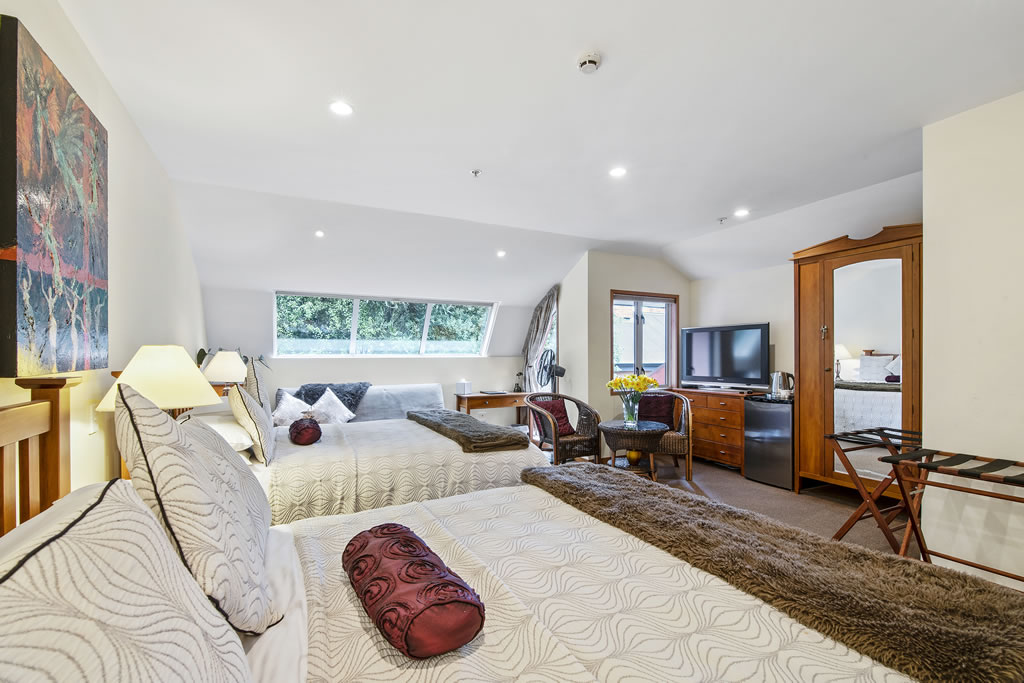 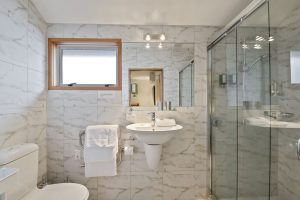 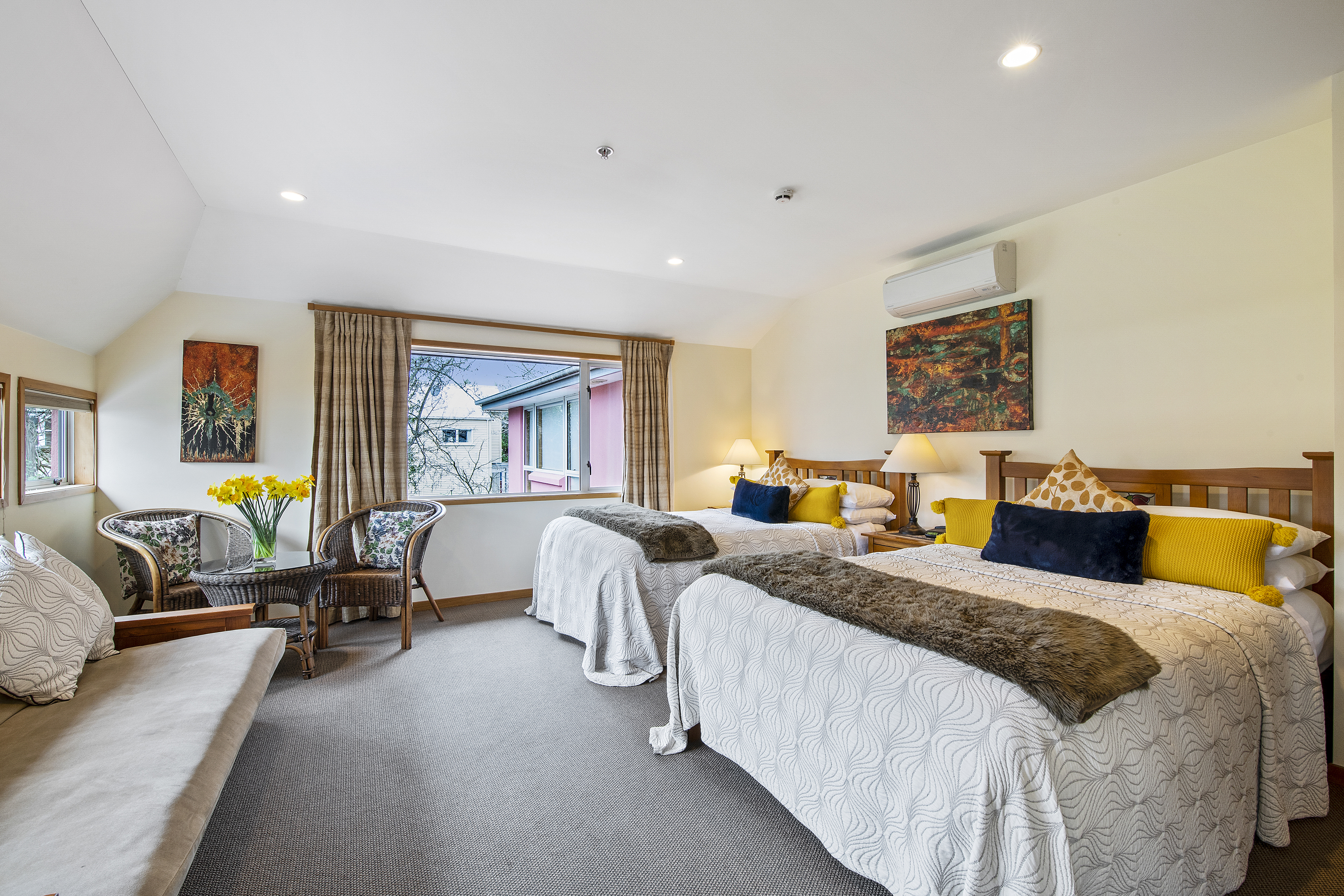 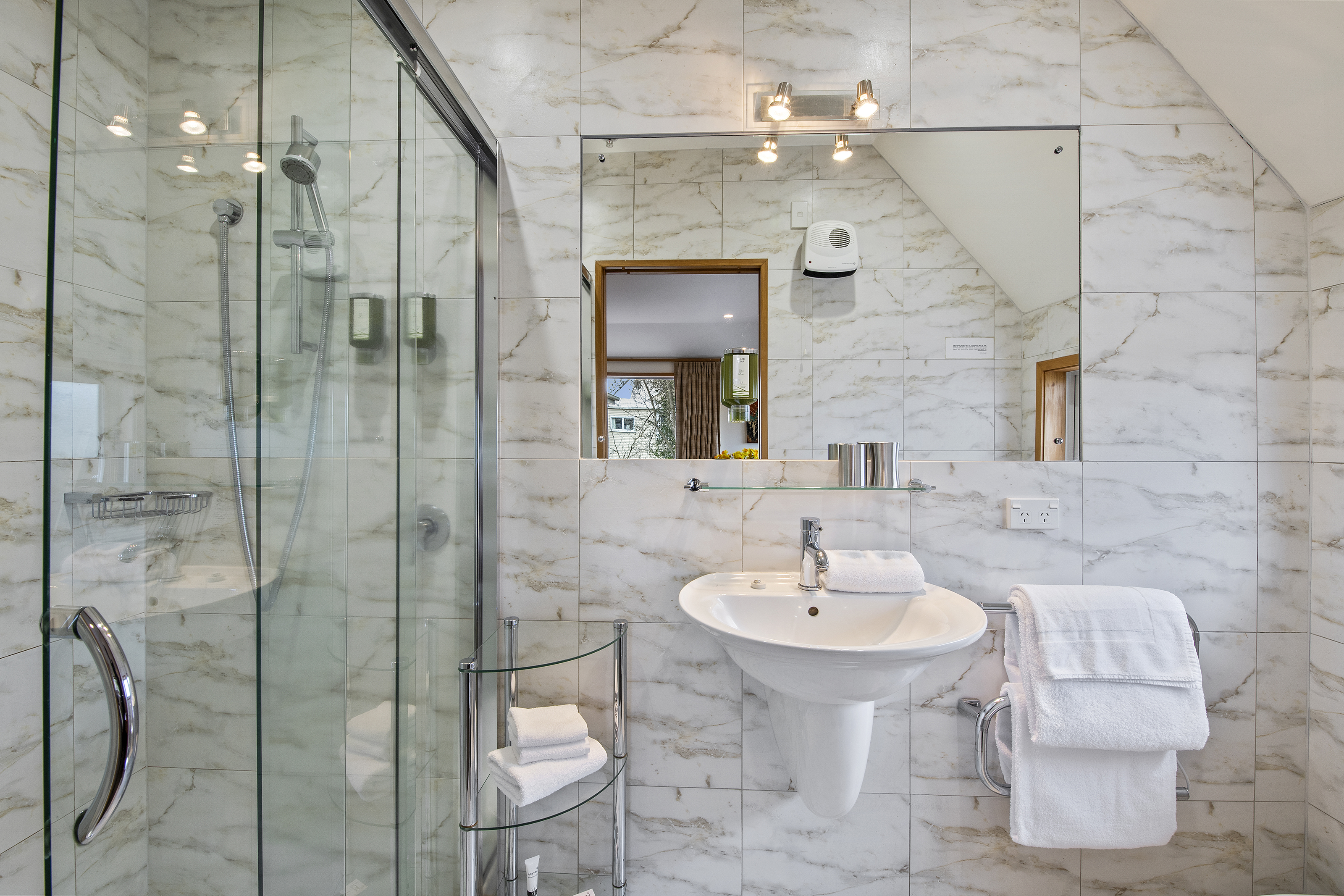 Elsie Locke is one of the Canterbury Heroes – a set of twelve bronze busts of important local figures, which you will find directly opposite the Classic Villa. Elsie’s plaque reads:
“Political, social and local community activist, well-loved historian and writer, determined and doughty fighter for the rights of the under-dog, active to the end.”
Elsie Locke was born in Waiuku and graduated from Auckland University. She moved to Christchurch with her husband Jack and lived in the same cottage in the Avon Loop for over 40 years. Elsie wrote extensively for children, about New Zealand history and about the peace movement. She was a lifelong political activist, peace campaigner and feminist. She was active at community level in the Avon Loop, as well as campaigning to retain and improve Christchurch’s Centennial Pool (the neighbouring park is named after her).
Locke was also a key figure in the restoration, with native plants, of the banks of the Avon as it flowed through the Avon Loop.
Source: http://christchurchcitylibraries.com/Society/People/L/Locke-Elsie/ 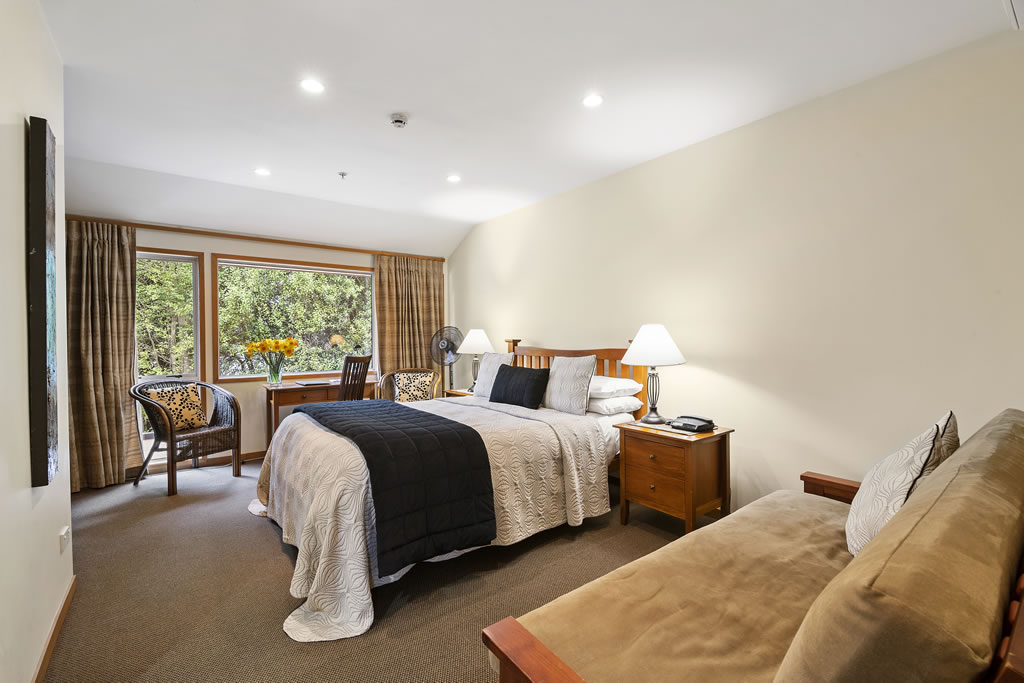 In 1894, New Zealand’s first Maori graduate, Sir Apirana Ngata, graduated from Canterbury College with a BA. His completion of two further degrees (MA and LLB) made him one of the most highly qualified graduates in New Zealand at the time. Ngata served as a member of parliament for 38 years, was the founder of the Maori Battalion and is renowned for his tireless work for Maori people. He lifted them spiritually and economically in the development of land, culture, education and sport, and contributed strongly to the preservation of Maori language and customs. 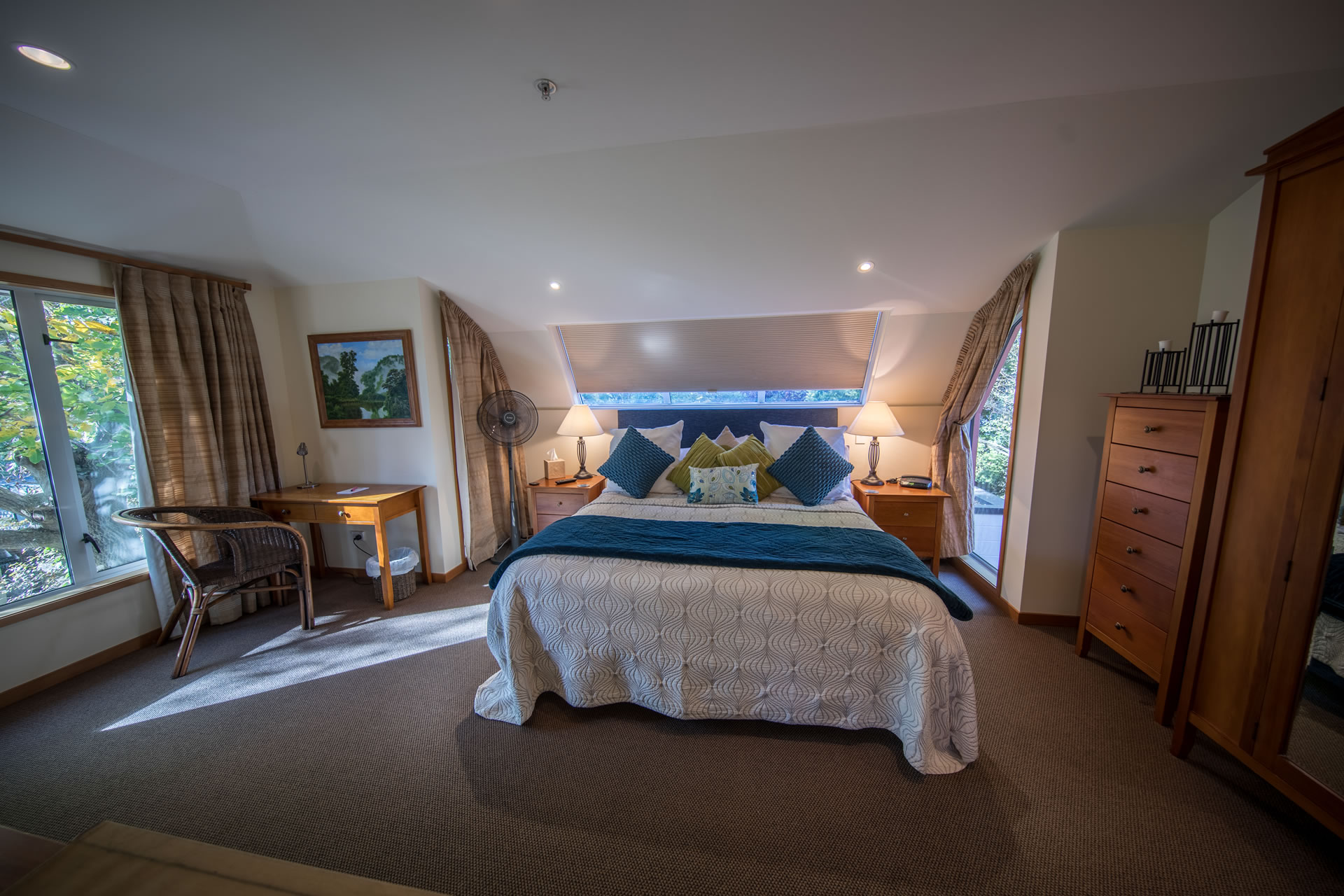 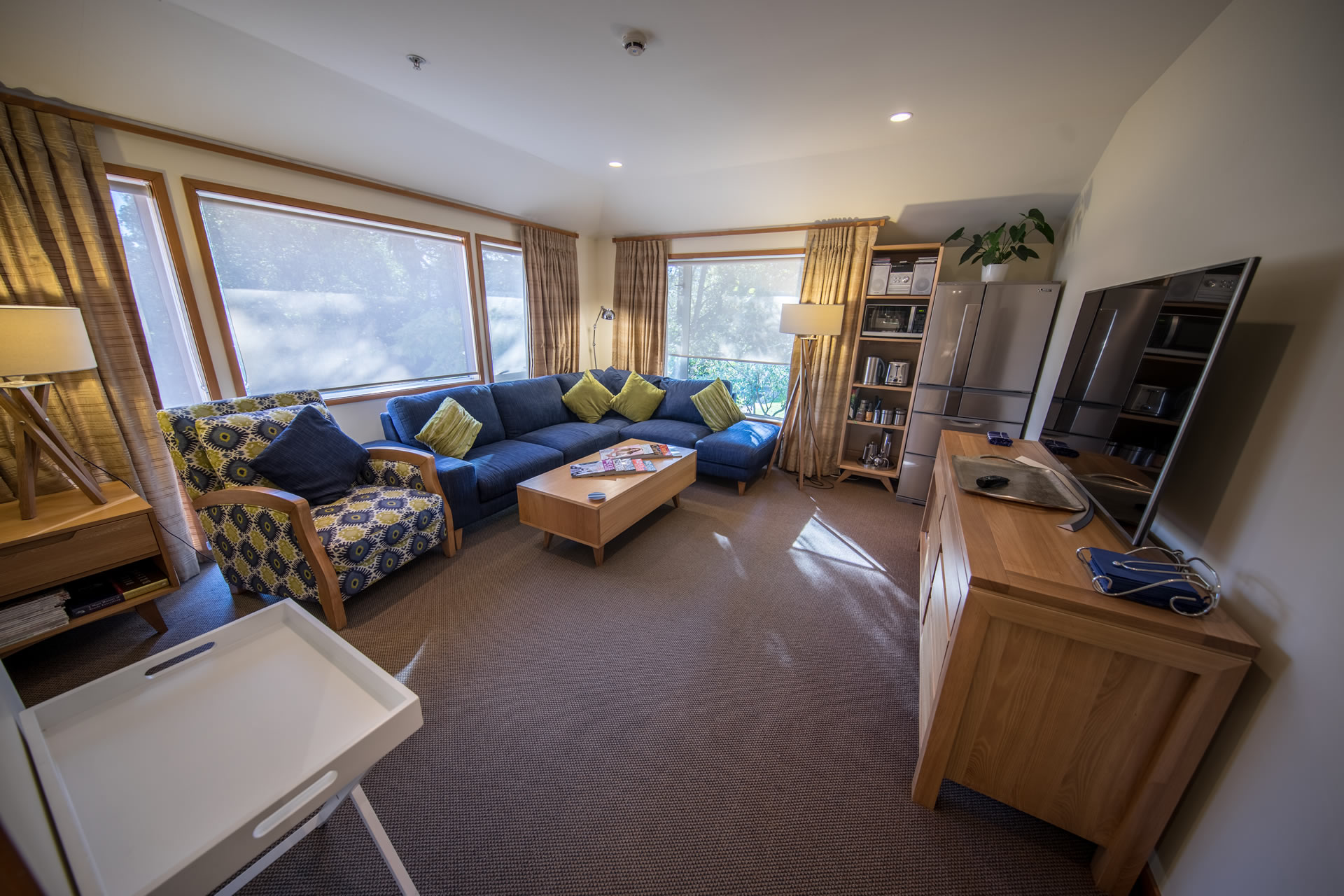 James Shelley was the first Professor of New Zealand’s education. A former Chair of Education at Southampton University, he arrived in New Zealand in 1920. James was the first lecturer in the History of Art and played a prominent role in expanding the Workers’ Educational Association. Shortly after arriving in Christchurch he established the Canterbury College Drama Society. In 1927 he set up the Little Theatre in the Big Room of the former Boys’ High School building, which soon became the social centre of the university.

You may also contact us and/or reserve a room using the following email address:

Book Direct, Best Rate Guaranteed
Trouble finding what your looking for? Call us on +64 3 3777905